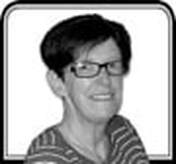 Aline DESMARCHAIS (Meloche)
Passed away peacefully on June 6, 2018 at 58 years of age surrounded by her family. Beloved wife of Leo Meloche for 39 years. Loving mother of Andrea Meloche and Jason Meloche. Cherished grandmother of Kingston Meloche and daughter-in-law Alana Onuch. Reunited with her late parents Marcel and Jacqueline Desmarchais. Beloved daughter-in-law of Laura and Paul Gagnon. Predeceased by her father-in-law Omer Meloche. Dear sister-in-law of Joan and Terry Reid, Judy and Vince Dufour, Gary and Diane Meloche, Gerry and Mary Jane Meloche, Joyce and Paul Gyori, Ron and Darlene Meloche, Don and Laurie Meloche, Pete and Anne-Marie Meloche and Paul and Sally Meloche. Survived by many nieces and nephews. Lifelong friend of Diane Dube (Montreal). Aline was a devoted wife and mother and cherished her grandson tremendously. She was involved for many years in local theatre, as well as a Board of Director Member of Our Lady of Guadalupe Home for women who are in crisis due to unplanned pregnancy. Special thanks to the staff at Windsor Regional Hospital, Oncology Dept., VON nurses (especially Vicki), the staff at St. Elizabeth, Erie LIHN and Hospice for their care and compassion. If you desire, donations to the Canadian Cancer Society or the Crohn's and Colitis Foundation of Canada would be appreciated by the family. Visitation on Friday from 3–5 p.m. and 7–9 p.m. Parish and C.W.L Prayers at 8 p.m. at
FAMILIES FIRST FUNERAL HOME,
585 Sandwich Street South, Amherstburg,
519-969-5841.
Visitation will continue on Saturday, June 9, 2018, family and friends are invited to meet directly at St. Clement Church, 9567 Walker Rd, McGregor from 9:30 a.m. until time of Mass at 10:30 a.m. Procession to St. Clement Cemetery to follow. Share memories, photos or make a donation at
www.FamiliesFirst.ca

Farewell
​Carolyn Cole
Co-Foundress of Our Lady of Guadalupe Home 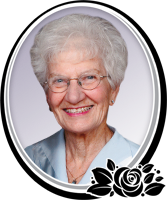 We have been hearing about Moses in the scripture readings at Mass this week.  Tuesday’s first reading from the book of Numbers described him in the following way:
“…Moses was very humble, more so than anyone else on the face of the earth…” (Numbers 12:3)
That describes Carolyn: a very humble person.  Not weak, but humble: she knew what needed to be done, and she went about doing it quietly, thoroughly and faithfully.  Her family seemed genuinely surprised to learn of the extensiveness of her involvement and how well she’s known (and loved) in all of the Right to Life branches all over Ontario.  Even Windsor Essex Right to Life Association initially expressed surprise when it was suggested that she be the recipient of the 2013 Byrne Award.  After they thought about it for a moment, they agreed, well, yes, of course!  Why didn’t we think of her?
Carolyn was involved extensively in the Church, especially in the Catholic Women’s League, and in the Right to Life Movement, participating in all of its branches: Nationally (Campaign for Life Coalition, Ottawa March for Life; Canadian Centre for Bioethical Reform to name a few) and Locally (Annual Walk for Life; Mothers’ Day Walk, Life Chain etc.).  A team player, she was part of the group that brought 40 Days for Life to the Windsor area, and she was co-foundress of Our Lady of Guadalupe Home for Mothers and Babies here in Windsor.  She was tireless in her involvement and participation: writing letters to Politicians and Periodicals, participating in every vigil and activity, attending presentations and conferences and travelling widely to participate in prayerful demonstrations, witnessing for the sacredness of Human Life.
Carolyn educated herself thoroughly on issues surrounding the value of human life.  She read extensively, attended presentations and was always up to date on life issues.  Having learned about the brutal methods employed in abortion, the sale of aborted baby parts, and the fact that 50 babies a week are killed in the Windsor/Essex region alone, she couldn’t stand it.  She must do something, no, everything she possibly could to stop this shameful assault on innocent human life: the greatest tragedy of our time.  She would give her life to defend the sacredness of human life.
Being firmly convinced of the sacredness of human life, she defended it fearlessly but respectfully, no matter how aggressive her opponent.
Recently I came across the Prayer to End Abortion put out by Priests for Life Canada.  Carolyn may have used this prayer, for she certainly lived it out.  Here is the prayer:
Lord God, I thank you today for the gift of my life, and for the lives of all my brothers and sisters.  I know there is nothing that destroys more lives than abortion, yet I rejoice that You have conquered death by the Resurrection of Your Son.
I am ready to do my part in ending abortion.
Today I commit myself never to be silent, never to be passive, never to be forgetful of the unborn.
I commit myself to be active in the Pro-Life Movement, and never to stop defending life until all my brothers and sisters are protected, and our country once again becomes one which respects life from conception to natural death – not just for some, but for all, through Christ our Lord.  Amen!

To me, the candle is a perfect image of her life.  As a candle is lit by fire, so her passion was ignited by the Love of God, which she received daily through intense prayer, especially Eucharistic Adoration, scripture reading, and the reception of the Eucharist, which is Life itself.  And, as a candle is used up in fulfilling its purpose to provide light, even in the darkest of places, so she was “used up” in the fulfillment of her vocation to defend the sacredness of human life.
She gave so completely of her time, her talent and her treasure that we can say with great conviction:
she gave her very life so that others might live.

Thank you, Carolyn for inspiring us to witness for Life as you did.  May God reward you!